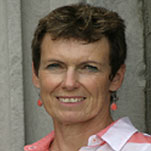 Anna has been working for over 30 years as a Chartered Clinical Psychologist in the UK, Europe and Africa. She was trained in Schema Therapy in the late 90’s and is an Advanced Level Certified Schema Therapist and Schema Therapy Supervisor. Anna moved to the USA in 2006 and has a private practice Wayne PA, in the suburbs of Philadelphia. Anna loves using Schema Therapy with individuals and couples, describing it as a great ‘road map’ for therapy. She also uses CBT from her training in Oxford and integrates Emotion Focused Therapy, in her work with couples. She specializes in working with people with complex issues, and also people who often describe themselves as ‘stuck’. Another area of specialty is working with Narcissists or people affected by them. She is also developing and promoting Schema Therapy in Pennsylvania. Anna is an Adjunct Professor at Eastern University. She enjoys facilitating retreats and motivational speaking, speaking to parents on topics such as “The emotional cost to your child of living in a privileged culture that demands success”, and “Invest in Yourself” to millennials and people who are transitioning from one stage in life to another.

Cognitive Therapists in the Pennsylvania area and Worldwide